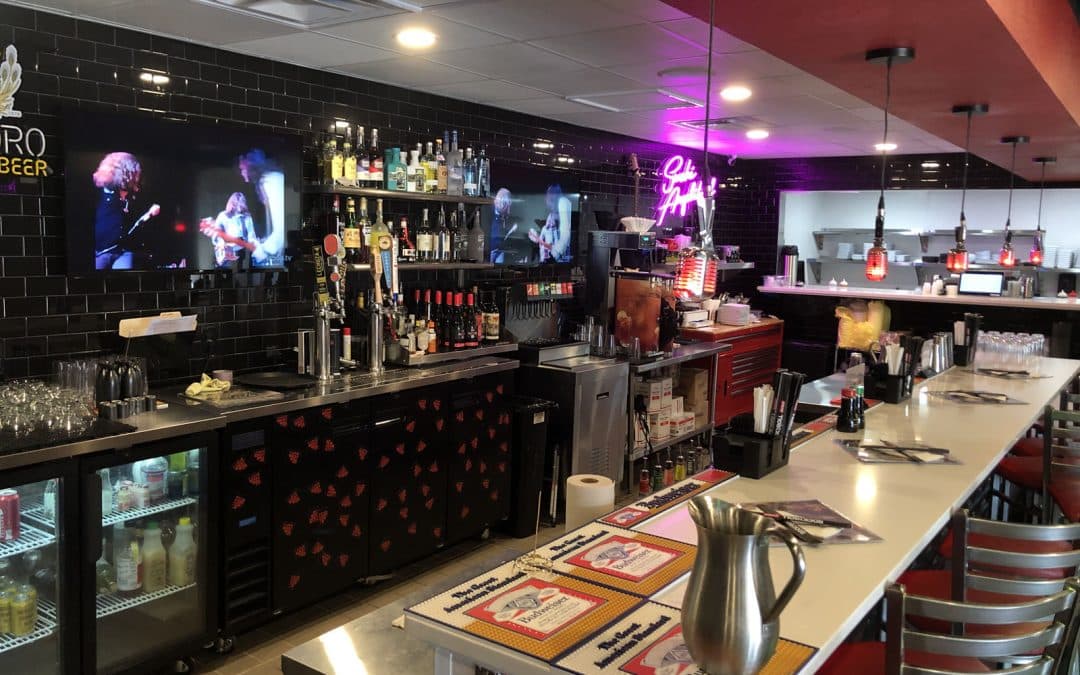 With a name like Rock N’ Roll Sushi, you would expect that music would play an important role in downtown Duluth’s newest restaurant. For owner Jason Burr, it’s a lot more than that. “Music is the reason we’re here,” Burr said. “We are rock and roll.”

Duluth’s Rock N’ Roll Sushi is located on Main St., next to the Red Clay Music Foundry theater. “We purposely selected a place next to the theater,” Burr said, “and next to Eddie Owen, an iconic member of the Georgia music scene. Our plan is to work with him and to work with downtown Duluth.”

Music will be more than just a name

The 10-foot-tall electric guitar sign is the most obvious signal of the restaurant’s theme. Menus are presented in classic album covers and have dishes with names like “British Invasion Roll” and “Rockin’ Lobster” to further reinforce it.

Rock N’ Roll Sushi will have live music. They’re building out the back patio now to accommodate that. But Burr, and Michael Hartshorn, his Territory Manager, want to go further.

“More and more artists are releasing vinyl albums now,” Burr said. “We’d like to have album release parties and include the new album as one of our menus. We hope this will give them more exposure and lift up the music scene in the area.”

An idea they’ve tentatively named “Sound Check” would be hosted at the restaurant the same day an artist performs at Red Clay with the artist providing a preview of their music while patrons enjoy happy hour prices.

Burr has been a consultant to The 30A Company, and in that role he was exposed to and worked with the 30A Songwriters Festival. He believes something like that could happen in Duluth, taking advantage of Red Clay and the other multiple venues downtown.

Burr and Hartshorn have the goal of not just building up their business, but helping all of downtown Duluth grow as well.

“If I do it right,” Burr said, “I will get as much benefit by promoting downtown Duluth as I will promoting my restaurant.”

Hartshorn and his crew knew the area well, having worked here before. “I’ve worked in four or five cities in the Atlanta area,” he said. “Duluth is the easiest to work in as far as customers and the town itself.”

Burr sees this location as being different from other restaurants in the chain. “A lot of Rock N’ Roll locations are in strip malls,” he said. “There’s really not a community or allegiance. It’s about convenience. That’s not the case in Duluth. This is a different place.”

The Duluth location is taking a long-term view when it comes to their employees, too.

“COVID took a lot of people out of the industry,” Burr said, “and left a void that has been filled with employees who are open and comfortable with new ways of looking at how to run a business like this.” His ideas have proven popular with the staff so far.

His staff pools tips to cultivate teamwork. Performance is tracked so the employees can see how they can maximize customer service so that everyone can make more money. And Burr and Hartshorn are very open with information about the business with their employees.

This has worked out well for the restaurant and its staff, but Burr sees a bigger picture as well.

“It’s clear that college isn’t meant for everyone,” he said. “I see it as a responsibility to provide an environment for these folks to work in that can be more than just a paycheck. If that means on the job training for how restaurants are run, and they get some context that they can build on in the future, then I’ve done my job right.”

Perhaps the most difficult obstacle to date has been acquiring the necessary permits, but those were all finalized in September. Now the biggest challenge is letting people know the restaurant is open. Its location behind Main Street — you enter from the parking lot next to the railroad tracks — can make it hard to see, although the guitar sign certainly helps.

Burr sees Duluth as a destination location, not one that is conducive to impulse buying like a strip mall. So his marketing strategy has to reflect that.

“Ultimately we’re going to live and die by people knowing we’re here,” he said. “We have to continually build our brand awareness so our base builds over time. We’re building slowly, solidly, making sure we provide Five Star service. Every week you get new customers. Once they come in here, it’s our responsibility to get them to come back.”

In his career, Burr has consulted with a variety of consumer brands, including 30A and Rock N’ Roll Sushi. While working with them, he became interested, and has acquired the rights to, five locations.

The Duluth location is the first to open. His second will be in Alpharetta on Windward Parkway, and he and Hartshorn are currently scouting other locations, many of them in Gwinnett County.

Burr and Hartshorn are well on their way to making Duluth’s Rock N’ Roll Sushi a great restaurant and a music hotspot. Through their goals of teaming with other local businesses, the city and their employees, they also expect Rock N’ Roll Sushi to make a positive overall contribution to the downtown district. 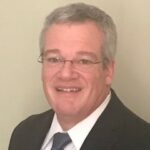